Borgo Secolo, the private oasis of relaxation and comfort, on the southern bank of Lake Garda. The newly-built residential area is located in the heart of the historic centre of Peschiera, directly beside the lake. These spacious villas and apartments offer all the diversity of Lake Garda and the surrounding area at its most beautiful best: Breathe in the air if the lake on the wide beaches, take a walking or cycling tour in the lush green countryside or discover the cultural aspects of Peschiera and the surrounding area, so rich in tradition. Borgo Secolo is the perfect home-from-home for all those who love the Mediterranean lifestyle of Lake Garda – in everyday life, at weekends and during the holidays. 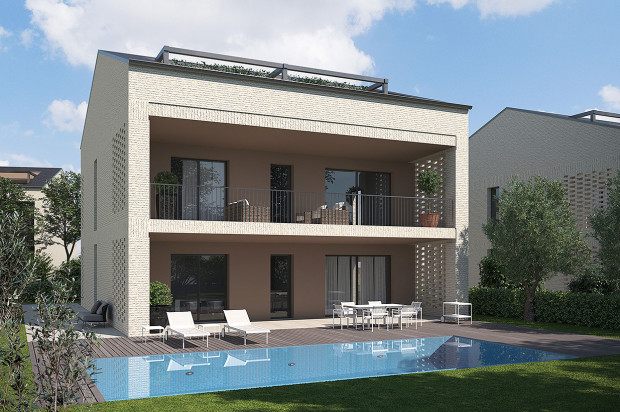 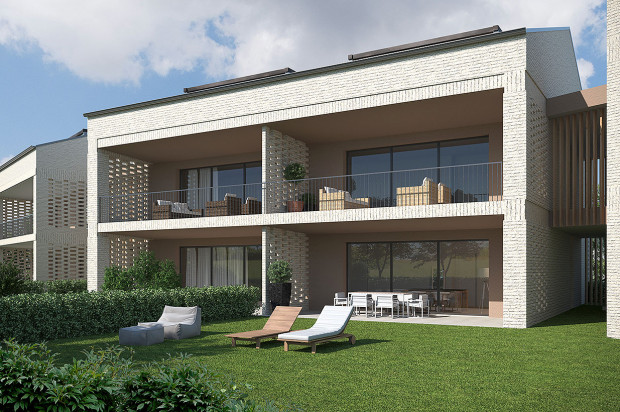 Lake Garda is not only one of Italy’s best-known lakes, but also the biggest: 370 km2 in size, bordered by the three regions of Lombardy, Trentino-South Tyrol and Veneto, and mesmerising in its beauty. Framed by the foothills of the Alps and surrounded by palm, olive, lemon and oleander trees, you will find everything here that makes Lake Garda such a unique land of contrasts. The Mediterranean lifestyle of this area is not only defined by the countryside and lifestyle, but also in the year-round mildness of its climate. When the The pleasant water temperatures are warm enough, the lake is wonderful for swimming, surfing and sailing; the northern reaches of the lake in particular are a hotspot for water sports enthusiasts. Monte Baldo towers over the east coast of the lake, and is an out-and-out paradise for hikers, climbers, mountain bikers and adventure sports enthusiasts, while the delightful complement to the rugged mountains of the north is found in the gentle lands of the south around Peschiera with its rolling hills, vineyards and wide bathing beaches. Just a few short kilometres from the best tourist attractions around the lake, including the Gardaland amusement park, the Natura Viva park, Movieland Park and CanevaWorld, the Sigurà Gardens beside Valeggio sul Mincio, the thermal spas in Sirmione and Colà di Lazise, the golf courses "Paradiso" in Peschiera del Garda, "Cà degli Ulivi" in Marciaga, "Chervò" in Pozzolengo and "Gardagolf" in Soiano del Lago. The southern reaches of Lake Garda and the surrounding cities of Verona and Brescia are within easy reach both by car and by train.

Peschiera del Garda, a jewel of art and culture. The town is home to 9,000 inhabitants and is located on the southern coast of Lake Garda where the Mincio river flows into the lake. The picturesque Peschiera is characterised, Venetian-style, by a number of canals criss-crossing through the town. The old town centre lies in the middle of a 16th-17th century star-shaped fortress surrounded by the river: The Venetian defence system with its two-kilometre long fortress walls is listed as a UNESCO World Heritage Site, and the barracks and workshops call to mind images of times long-gone. The narrow alleyways are home to pleasant bars and shops inviting you to enjoy a pleasant browse, while the small marina is a wonderful spot to sip an aperitif as you sit back and watch the goings-on. Stately Venetian-style palazzi and splendid mansions create the backdrop for the ambience of charm and style that lend Peschiera its unique appeal. The view opens out over Lake Garda from the town’s many parks, and from the Ponte di Voltoni terracotta brick bridge, whose 5 arches traverse one of the canals.